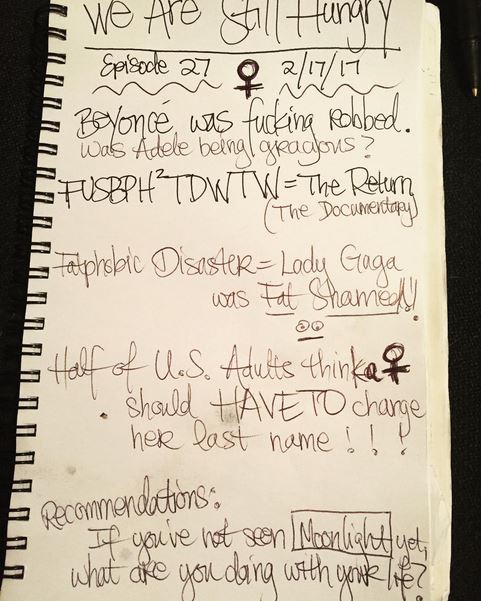 Antoine Heron “Break[s] Down Why Adele’s Speech Was Another Example of White Feminism“.

We have a make-up tangent in which we discuss Urban Decay’s De-Slick Make-up Setting Spray.

Please watch this documentary! It taught us a shit ton about the Great Migration and the 2nd Great Migration, the 3-strikes law, LAPD’s complicated history of violence against the black community.

Lady Gaga was fat-shamed by garbage people because she had a teeny roll at the bottom of her belly.

This segment should be called “The Womb of Our Desire”.

HALF of the country thinks it should be a law for women to take their husbands’ name.

We recommend you watch Project Runway Junior and (The) Lemonade if you haven’t already.

We’re trying to come up with a way to send us questions…but in the meantime, tweet us @weRstillhungry.